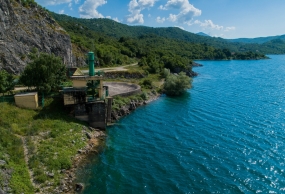 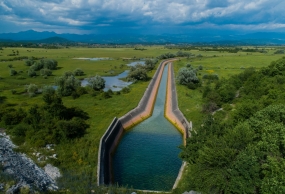 Regular annual overhaul of HPP ”Perućica”, will begin on July 31, this year, and the complete suspension of work in the power plant will be from August 2 of this year. In addition to regular and usual overhaul works on the equipment and plants and the supplying system of HPP “Perućica”, during this year there will be made, among other activities, two significant investments as follows: replacement of two step-up transformers T3 and T4 whose value is about 900 thousand Euros and revitalization of generators G1 and G2 whose value is about 1 million Euros.

These activities are performed within the Contract on replacement of 5 step-up transformers and revitalization of all 7 generators in HPP ”Perućica”. Total value of these investments is almost 6 million Euros, and Contracts are expected to be realized by the end of 2021.

As part of the preparations for the overhaul, the emptying of the supplying system will begin on Saturday, July 31, while the three-day filling of the system and pipelines will begin on August 31, according to this year's overhaul plan, so that HPP "Perućica" will be ready to reconnect to electro energy system.

Taking into account the safety of citizens, we would like to warn the community, especially the residents of settlements that gravitate to Hydroenergy system “Perućica”, about possible dangers and ask them not to perform any activity in time of emptying and filling of supplying systems of HPP ”Perućica”.