FROM THE PROFESSIONAL POINT OF VIEW: EPCG IN THE CONTEXT OF THE GLOBAL ENERGY CRISIS 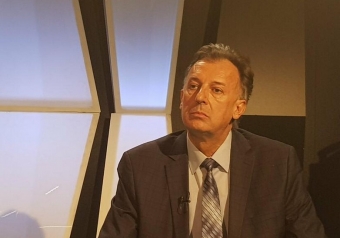 Energy situation in Montenegro and Europe

Montenegro is among few European countries that have avoided consequences of an enormous increase in electricity and gas prices in the market. Therefore, it is not an exaggeration to claim that EPCG, by not increasing the price of electricity this year, has saved the Montenegrin economy and citizens from significant expenses and supply restrictions, which is an exceptional success in present circumstances of a very unfavourable energy situation in Europe. Thus, for the time being, Montenegro has been saved from the devastating impact of the energy crisis and the record rise in the electricity prices at European electricity Exchanges

The shake up in the European energy market this year is mostly caused by the war in Ukraine and suspension of Russian gas supply to the European Union.  This has resulted in gas prices going up 10 to 11 times compared to the first half of  2020.  Electricity prices for households in the EU are 2-3 times higher compared to two years ago.  In Great Britain, however, at the beginning of next year, prices are expected to rise up to five times from last year’s first half prices.  As an example, the annual household electricity bill in Britain, which averaged 1,200£ in 2021, will now expected to be over 5,000£  in Q1 2023 ( the Government promised to limit this figure to approx. 3,000£ through a subsid).

As for the electricity prices for industry, the emphasis is on the primary aluminum industry.  As an example, the cost of electricity for the production of a metric ton of aluminum was 8,000 € this past summer in France and was 10,000 €/t in July in Germany and then dropped down to 4,200 €/t in September.

However, in normal conditions, the electricity price is about 30 to 40% of the total aluminium production cost (700-800 USD/t). For this reason, in the EU has seen its primary aluminum production reduced by more than a million metric tons during the year.  This was the lowest production level since 1973 (below 3 million tons/year). Another half a million of metric tons of annual aluminium production are expected to be curtailed in Europe during this winter.  The curtailement of capacity is expected to be seen in other large consumers of electricity and gas such as the cement, steel, fertilizers industries…

Neither KAP’s electrolyses, unfortunately, could avoid the fate of several European electrolyses that also stopped production.

Finally, EPCG is creditable for the successful tourist season, the stable functioning of the supply system, and has made a significant contribution to the stability of the economic system in circumstances when prices of almost all items at the domestic market have increased either because they are imported or because of the rise in oil prices earlier this year.

With record energy prices there is a record drought

It is important to emphasise that this year is special and unexpected concerning the energy situation, throughout almost the entire European continent: on the one hand, the war in Ukraine has caused a significant rise in gas and energy prices, and on the other, a record drought, over several decades, has caused a significant decrease in electricity generation from hydro power plants.

This forced some countries, such as Germany, to restart thermal power plants as a way to mitigate negative consequences of the energy crisis on industry and the overall state of economy.  It is therefore regrettable that Montenegro had not built at least 1 or 2 large power plant in past decades such as the hydro power plant “Komarnica” and/or the Thermal Power Plant “Pljevlja” - Unit II.  The Thermal Power Plant would have brought with it stability in the energy syatem as well as providing additional income from energy exports to areas affected by the drought.

It is worth pointing out that the return on investment for Pljevlja - Unit II would have been less than a year, taking into account current energy prices in the European market.  It would have produced more than a billion in net profit for the years it would have operated prior to 2025, even for the case, let say, if it was the year scheduled to shut it down for environmental reasons.  Meanwhile,  the newly built capacities from renewable energy sources would be sufficient to compensate for the eventual closure of the thermal power plant.  Unfortunately, however, there was a lack of knowledge and vision for the Thermal Power Plant – Unit II and HPP “Komarnica”.  They should have been  built a long time ago and be in use for many years by now.

It is also important to point out the fact that the privatisation of Elektroprivreda did not oblige the management of the Company at the time, which was constituted by the Italian company A2A, to invest in new energy capacities, which is the basis and principle of every privatisation arrangement. The same situation was with the Steel company and Aluminium plant – Podgorica (KAP). After all, the lack of reaction from foreign representatives in Montenegro to these phenomena is surprising.  They apparently did not realise the gravity of the problem and had apperently not advised the Government of Montenegro to exercise caution with respect to setting conditions and investor obligations for privatisation agreements.

This happens despite China’s commitment to limit CO2 emissions by 2030 and complete carbon neutrality by 2060. Namely, Chinese planners have concluded that the huge and fast-growing Chinese economy has to continue to develop and must not stagnate, and the only quick solution for the lack of energy is the construction of thermal power plants. Despite the fact that China is at the same time the largest producer of wind and solar energy in the world and the largest investor in renewable energy sources in the world.

Along to this, it is important to note that all newly built TPPs (coal fired) are equipped with modern systems the so-called CCUS (Carbon Capture Utilisation and Storage) that reduces the CO2 emission to minimum and store it.

Because of that, Government and relevant Ministries should urgently propose legal solutions in order to speed up the procedure and avoid obstacles (environmental regulation, property and other obstacles) and in order to start construction and installation of wind generators immediately. The same applies to the commencement of the HPP “Komarnica” construction.

It should be understood and accepted (the example of Germany with the thermal power plants restarting confirms this) that investments in energy systems are necessary and therefore a compromise should be made with environmental and other NGOs and environmental regulations when it comes to the environmental protection of flora and fauna so that would not be an obstacle for the construction of energy facilities, especially if it concerns the functionality of the entire energy system and the overall economy of the state, especially if it is about the displacement of animals or minor submergence of mostly lower vegetation, rather than destruction.

The management of EPCG on several occasions, from the very beginning of its mandate, asked the Government to declare investments in energy sources as projects of priority public interest, so that there wouldn’t be obstacles and slowdowns at the beginning and during construction.

Therefore, the current management of EPCG cannot be responsible for the deficit and imports of electricity, especially not in conditions of enormous droughts and decrease in hydro accumulation reserves.  To the contrary, the commencement of the Solari 3000+ and 500+ projects by the current management of EPCG is extremely important for eliminating the deficit in the domestic market and most likely by next summer.

I would recommend, with the aim of better utilization and greater efficiency of current and future solar and wind power plants, to start a project of a battery complex installation, for energy storage, with a capacity of at least 50 MW.  This would enable to double the efficiency of solar and wind energy usage, ranging from approx. 30% to over 60% of installed capacities.

Until recently, these battery complexes were very expensive and did not have wide application.  They are mostly used in Australia and USA (California in particular) for powering systems that did not have a qualitative alternative power supply.  Their cost has fallen significantly in last several years and in conditions of enormous growth in electricity costs, they have their economic justification.  A battery complex put into operation by the next tourist season would enable Montenegro to either significantly reduce or completely stop imports of electricity throughout the year.  The price of this battery complex is about 500 US$ per KWh and declining.  This amounts to about 25 million US$ for the power storage of 50 MW.

Also, in this context, it would be good to have a strategy for commissioning of new renewable energy sources (wind, sun, hydro) by April 30 of the following year, in that sense - the more the better.

How many new energy capacities will be ready for use by the end of April next year?

It is necessary to recognize possible obstacles and limitations, if any, that would slow down the commissioning of new sources/facilities and define methods and ways to overcome them.

Coordination and cooperation between EPCG, the Government and ministries must be intensified and improved.  This requires a quick response and an efficient management of resources.  This must be done expediciously and as the saying goes, "the time is money".

It is important to emphasize and accept the urgency of investments and commissioning of new energy sources, wherever it is possible and as soon as possible.

When Montenegro achieves these goals, when it becomes energy sufficient, independent and able to export electricity continuously without imports, it will be the turning point towards accelerated economic development in future and will open the door for the development of new industries as well. Elektroprivreda Crne Gore plays a key role in that development.