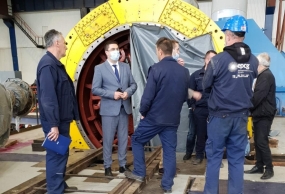 Only one-year suspension of generation at TPP “Pljevlja” would cost EPCG about 90 million Euros of additional costs. In that case, EPCG could use legal right and partially reduce that cost in a way that the price of electricity for households would continuously increase by six percent.

However, despite this additional burden on citizens, EPCG could not avoid a negative business result, and in addition to the fact that the payment of dividends to the state and minority shareholders would be seriously endangered, the payment of other legal obligations, as well as salaries and taxes, and contributions to the states would be called into question.

“So, on the one hand, you have the ecological reconstruction of TPP "Pljevlja", worth 54 million euros, which would meet the standards of strict European environmental directives and extend the work of TPP to 30 years, and on the other, the scenario I mentioned and the annual cost of 90 million euros. “