Board of Directors is a governing and managing corporate body whose decisions are implemented by the Executive director, the Company’s Secretary and directors of functional units.

Board of directors is a collective body composed of seven members and managed by chairman. Members of the Board of Directors are elected by the Shareholders’ meeting, while its tasks and duties are defined by the Statute of EPCG.

Members of existing Board of Directors are as follows: 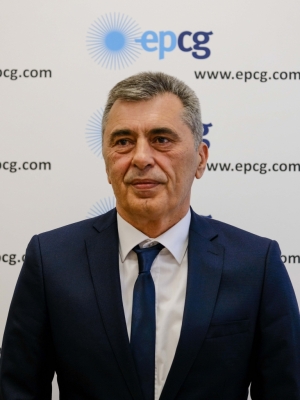 Chairman of the Board of Directors, Grad. El. Eng.

Milutin Đukanović was born in Nikšić on September 22, 1963, where he completed elementary and high school. He graduated from the Faculty of Electrical Engineering in Podgorica. Between 1992 and 2012 we was employed in Elektroprivreda AD Nikšić, in the following positions: IS Programmer (1992-1995), Developer in the IS Department (1995-1996), Developer-Specialist in the IS Department (1997-2006), Head of the Developing and Programming Department (2006-2010), Manager of the Development and Implementation of Business Solutions Sector (2010-2012) and Coordinator for introduction of the new Billing System (2011-2012).

He served as a representative in Montenegro’s Parliament from 2012 until 2020. Between 2012 and 2016 he was a member of the Committee for Budget, Economy and Finance and a member of the Commission for Monitoring and Control of the Privatisation Procedure as well as a member of the Administrative Committee (2016-2020). He served as a Chairman of the ’’Demokratski front’’ parliamentary group (Democratic Front)  between 2015 and 2020. From 2003 until 2011, he was a Chairman of the Nikšić Municipal Committee of ’’Nova sprska demokratija’’ (New Serb Democracy Party). Since 2009 he has been holding the position of the Chairman of the Executive Committee of ’’Nova srpska demokratija’’, where he also served as a memeber of the presidency thereof. He was representative for two terms in the Municipal Assembly of Nikšić. 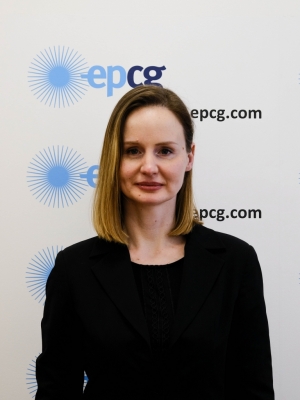 Member of the Board of Directors, PhD in Economics

Mirjana Čizmović was born in Nikšić on September 26, 1980, where she completed elementary and high school. She graduated from the Faculty of Economics in Podgorica, and she got Master’s degree at the Faculty of Economics in Belgrade, Actuary course. She did her doctoral thesis in Belgrade in 2016, title of a doctoral thesis “Economic Growth and Exchange Rate”. After this, she completed three postdoctoral trainings:

She works as an Assistant Professor for Economics and Business at the Mediterranean University, the subject: Applied Quantitative Methods in Economics, Economic Analyses and International Finance. Also, she works as a researcher – econometrician on the international scientific and research project on excise taxes policy, funded by the University of Illinois Chicago and Bloomberg Philanthropies foundation (2018 - 2022), as well as an external collaborator-econometrician for the projects of the International Labour Organization (ILO). Since 2014, she has served as the manager of the NGO “Institute for Social and Economic Research”. She was hired, inter alia, for the following positions:

Author and co-author of a number of scientific papers published in reputable international journals and co-author of the monograph “Introduction in Theory, Analysis and Measurement of Economic Growth”. 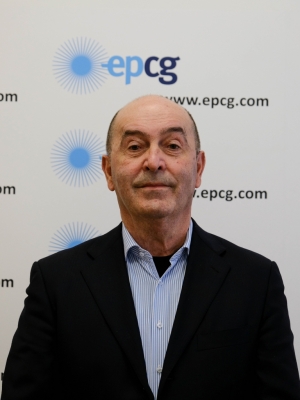 Member of the Board of Directors, Grad. El. Eng.

Rajko Radusinović was born in Cetinje on 27th of September 1952. He graduated from the Gymnasium in Cetinje in 1971 as the only holder of the diploma “Luča”. During that same year, he enrolled the Faculty for Electrical Engineering in Podogrica, the Department for Energy Science. Upon graduation, he started working in Electrical Industry OBOD as a responsible designer in the Sector for development and investments and, subsequently, as the head of the Energetics Sector. He passed the professional examination for the responsible designer and the responsible supervisor in Zagreb.

At times of EI OBOD’s expansive development (1980s), he implemented, as either the designer or the supervisor, the following projects where EI OBOD acted as the Investor:

Over the course of school years 1984/5 and 1985/6 he taught, free of charge, the vocational subjects in the Secondary School for Electrical and Technical Sciences and built a modern laboratory for electrical engineering at the same time.

At the time when EI OBOD actually ended its operation in early 1990s, he starts working with EPCG – Distribution Centre Cetinje as a technical director. At the peak of the sanctions and hyperinflation, together with his co-workers, under almost unbearable conditions, he managed to maintain the functioning of the electrical system of Cetinje.

In 1994, he founded the family business DOO RAJRAD Company whereof core activities are related to electrical engineering, i.e. design, supervision over development as well as testing of electrical installations.

He is a holder of the following licences:

President of the Church Community of Cetinje and vice-president of the Eparchy Administration and Eparchy Council of the Metropolitanate of Montenegro and the Littoral.

He has implemented a number of projects in Montenegro as designer, consultant or supervisor appointed by various international organisations. Further information thereof available at the following link: Rajko Radusinović CV 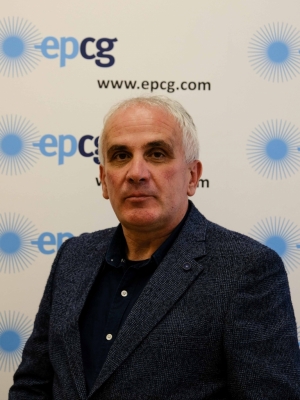 Aleksandar Dožić was born on August 5, 1966 in Kolašin where he completed the primary school. He graduated from the Technical Mechanical High School in Podgorica and the Faculty of Mechanical Engineering. He is the owner of the commercial company which, inter alia, deals with maintenance and overhaul of manufacturing plants, overhaul of construction machinery and internal transport machinery, manufacturing of vertical traffic signalization and services regarding civil engineering construction. He is the winner of two prizes from the field of mechanical engineering related to technological processes innovation. So far, he occupied the following positions, inter alia:

He took part in implementation of numerous projects, starting with the regional water supply, reconstruction of major highways, tunnels, bridges, as well as reconstruction of railways infrastructure and construction of highways. He established successful cooperation with Por, Strabag, Integral, Euroasfalt, and Aluminium Plant Podgorica. He designed manufacturing of finished products from the field of metal processing in terms of technology and organization. 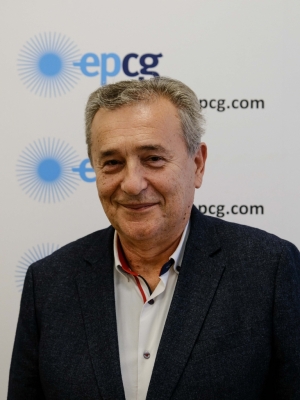 Member of the Board of directors, B. Sc. in Law

Nenad Marković was born on December 19, 1955. He graduated from the Faculty of Law in Podgorica. He worked in the construction company AD Crna Gora Nikšić (1981-1997) and AD Crna Gora - Inženjering Nikšić (1997 - 2009), as well as in LD Gradnja D.O.O. Nikšić where he has still been employed. He is the Director of the Legal and Personnel Department. He performed the activities of representation, development of legal documents, personnel-related activities and he was also the Chief Executive Officer of a shareholding company. 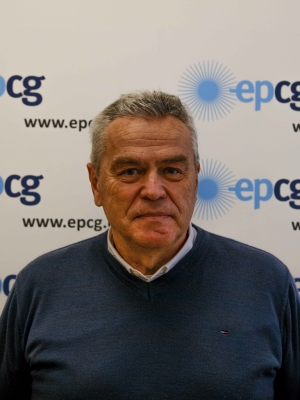 Since 1981, he was employed in Boris Kidrič Steel Plant as Head of the Cranes’ Mechanical Maintenance. In GRO Crna Gora he was employed as director of OOUR saobraćaj i remont where he was a member of the Business Board as an assistant for mechanization in two mandates. In IMO Metalac he was engaged as an independent constructor – technologist and technical director. Since March 1992, in the company Crnagoraput AD, which has been operating within the construction company STRABAG since 2006, he was employed as manager of the section for roads maintenance Nikšić. Since 2018, he is engaged as manager for maintenance of all the state roads, which position he has been still occupying. 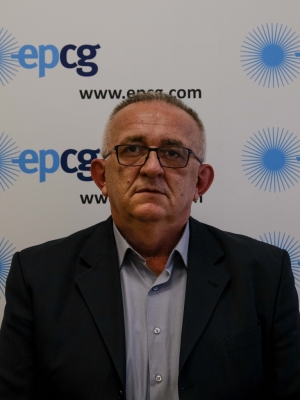 Jovan Radošević was born in 1966 in Pljevlja, where he completed primary and secondary school. He graduated from the Faculty of Mechanical Engineering in Podgorica and he got the title of welding engineer in 1997 in line with recommendations of the European Federation and International Welding Institute in Belgrade. He has been employed in EPCG AD Nikšić since 1993 as shift engineer (1993-2001), chief engineer for analysis and control of generation process (2001-2014) and chief engineer for generation process  (since 2014). 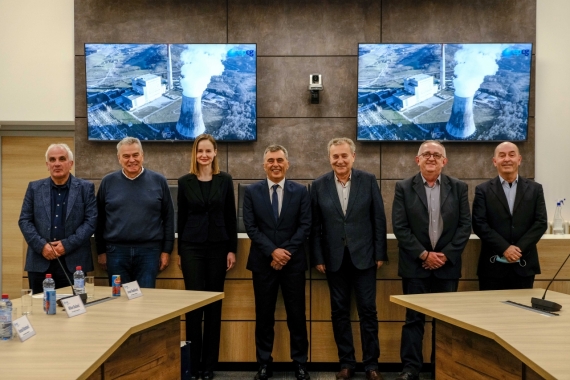