SZO is the majority union in EPCG and it is independent of Management, government bodies and political parties. All employees in the company can join the trade union organization, except the management.

Bodies of trade union organization of employees are: the Assembly, Executive board, President and Supervisory board.

Union activities are performed by professional of TUO: president, expert and administrative worker.

Main tasks and objectives of trade union organization of employees are:

SOZ has, together with the trade union organization of workers of Coal Mine A.D. Pljevlja, on 28 December 2013 decided on the establishment of the Independent Trade Union of Energy of Montenegro.

Decision of the Minister of Labour and Social Welfare no. 72-86 / 14 confirmed the representativeness of the Independent Trade Union of Energy at the level of Montenegro's branches.

President of the Trade union organization of employees EPCG 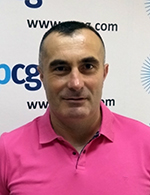 The Labour Union of EPCG AD Nikšić is the representative labour organisation in EPCG.

The organisation was founded in 1991. In 2009, a newly founded Employees’ Labour Organisation of EPCG emerged. Afterwards, the Labour Union of EPCG consolidated its power and selected new representatives. Activities aimed at better protection of economic, social and all other interests of the employees subsequently begun.

The Labour Union of EPCG AD Nikšić operates based on the principles of voluntary membership, accession to and leaving of the labour union. The organisation acts based on the principle of an organisation dedicated to employees’ interests and it is independent of the influence exerted by the employer, state authorities and political parties. It passes agendas and selects representatives independently, adopts its rules on organisation and method of operating; it is a member of the Association of Free Labour Unions of Montenegro, fully abiding by the Articles of Association and other documents of the latter.

It fosters consistent adherence to the Constitutional principles, provisions of the valid legal regulations and subordinate legislation of Montenegro as well as to conventions and directives of the International Labour Organisation.

The Labour Union of EPCG has undertaken as a task to adequately protect union-related rights and liberties of the employees, take an active role in preparation and signing of the Collective Agreement, development of the housing rulebook and other documents of interest for the employees.

We work on the basis of the principle of solidarity and pass decisions by a majority vote, respecting interests of minorities. All the open issues, which are interesting for employees of EPCG AD, are being negotiated, agreed upon and harmonized with the employer’s representatives.

Our activities and work are aimed at providing our members with:

- The employees’ right to the union organization,

- The role of negotiating when signing the Collective Agreement, etc.

- Development of a social dialogue,

- Organization of sports and amusement events,

It uses legal methods and forms of the union fight, in order for the Labour Union of EPCG to accomplish the following objectives:

- Presentation of employees’ interests to the employer and managerial bodies,

-  Negotiating and determining labour price and other issues from the Collective Agreement,

President of The Labour Union EPCG 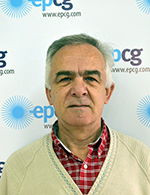