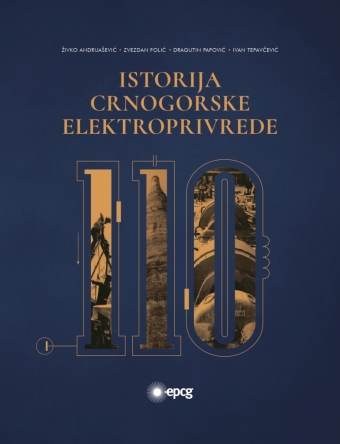 We published our history in monography "100 years of EPCG".

Electrification of Montenegro started in the first decade of the 20th century. Almost a century long tradition began only 28 years after construction of the first world power station which was founded in New York by famous American inventor Thomas Edison. Thus Montenegro became one of the rare European and world countries of the time whose towns had electricity.

Electrification began on August 19th, 1910 in Cetinje when the first power plant in Montenegro was put into operation on the occasion of crowning of Nikola I Petrovic. Under the current conditions, this would be a small hydro power plant with two diesel engines of 110 kW. Over the years, its capacity was doubly increased to 220 kV. Electricity generated by the power plant was used for lighting of the Residence, Zetski dom, main streets of the town and several houses of the distinguished Montenegrins. It became basis of development of one of the most important business entities in Montenegro, Elektroprivreda Crne Gore. The power plant was in operation for 50 years, 450,000 hours of continuous operation - 12 years without any failure. The power plant was constructed and equipped by reputable company of the time owned by Emanuel Kraus from Trieste. Building and installations of „Electricity Company of Montenegro“, which was the first name of the power plant in Cetinje, were preserved and protected by the Law as a cultural heritage due to their significant importance. On November 13th, 1976, they were transformed into the museum of EPCG, with the proposal of becoming the Technical Museum of Montenegro. The day of putting the first power plant into operation, August 19th, is celebrated as the Day of EPCG AD Niksic.

In addition to generating units, Elektroprivreda Crne Gore owns considerable electricity network of different voltage levels with overhead lines, substations and other facilities, as well as dispersed distribution network reaching all inhabited areas of Montenegro. Development of distribution and transmission network was accompanied by development and improvement of generating units.

This was a brief history of EPCG describing the manner we were keeping up with the world achievements, thus providing a strong basis for even more quality development.